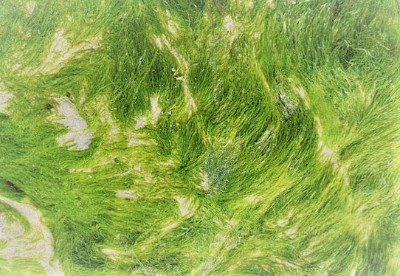 Algae can be found in fresh, salt and marine water. There are many different varieties of algae that can be found worldwide and they can survive a range of environmental conditions including areas with low light or a lack of nutrients.

Turtles can eat algae but their diet is dependent on the species. Larger turtles tend to consume more plant matter than smaller animals which will actively hunt for other foods such as insects, fish or meaty foods like frogs, snakes and even poultry.

Turtles can eat algae either by scraping it off submerged rocks in lakes or waterways or can graze on the surface of plants that are growing in a natural habitat. You can feed your turtle living plants like duckweed, water lettuce and water hyacinths. Or you can offer dried varieties such as spirulina flakes, powdered algae or fish flake foods.

It can be difficult to determine if a turtle is eating enough plant material when compared with the other aspect of their diet so it makes sense to include both live plants and dried forms into their food regime.

Determining whether an animal is eating enough plant materials can be difficult as there is not a clear indication that can be seen, unlike when they are digesting worms or some other animal-based food.

If your turtle is not eating enough algae then their carapace will remain as an earthy brown and will not darken to a beautiful black sheen in the way that turtles can achieve if they have plant matter in their diet.

You can improve the amount of algae available by providing more of it at feeding times but there are also supplements that can be bought to include into the water which can encourage growth of algae from within.

Benefits of Algae for Turtles

Algae can help to keep the turtle’s tank clean without having to remove it and replace it with new substrate each time the old one becomes soiled with waste material. It can be added to aquatic turtle tanks or can follow a pond filter as it can breakdown waste material and can also help with keeping the water clean.

When algae is broken down using this process, other microorganisms can feed on the nutrient rich food source that can result from this. Algae can act as a natural fertilizer which can make it an attractive option for many people when compared with other products such as fertilizers that can have varying levels of toxicity but will not have the same benefits to your plants and pets.

Algae can reduce phosphates in bodies of fresh waters which has been shown to help with conservation issues relating to water quality linked to eutrophication. This form of pollution is caused by many different chemicals including those found in cleaners, detergents and can enter bodies of water from the surrounding lands that can find their way into a lake or pond via runoff.

Algae can reduce phosphates in a natural environment which can help to prevent further contamination and can be great for providing your turtle with a varied diet that can contain many useful nutrients.

Is All Algae Safe for Turtles? 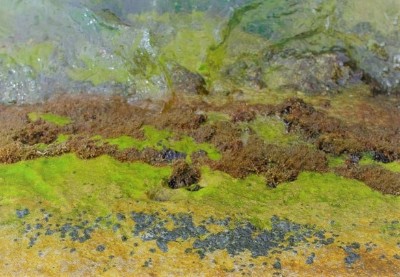 Not all algae is considered as safe for turtles and there are some varieties that can be dangerous if consumed by them, so you should avoid certain types at all costs. The most common algae is brown algae which is not toxic but can also cause problems such as gas bubble disease and can be fatal when consumed regularly over time.

You have to make sure that any kind of algae is going to be safe for your pet turtle so it can help to avoid using it in aquarium tanks that house fish as you can have a problem with algal blooms occurring. It can also be dangerous for aquatic turtles and can cause the same allergenic response as seen with freshwater aquarium inhabitants.

Algae can vary greatly in its chemical makeup depending on which type is present in a waterway, and there are many different combinations of species that can occur at once. This can make determining their effect on turtles difficult but algae can contain high levels of vitamins, amino acids, phosphates and nitrogen compounds. They can provide some trace elements including cobalt, copper, nickel, zinc and selenium but they cannot replace the dietary needs of animals such as (turtles) entirely, but can be used as an effective supplement.

It can be difficult to determine if your turtle is getting enough algae from their diet so it makes sense to include both live plants and dried forms into their food regime. Determining whether they are eating enough plant materials can be difficult as there is not a clear indication that can be seen, unlike when they are digesting worms or some other animal-based food. If your turtle is not eating enough algae then their carapace will remain as an earthy brown and will not darken to a beautiful black sheen in the way that turtles can achieve if they have plant matter in their diet. You can improve the amount of algae available by providing more of it at the bottom of the tank or can use methods such as letting a waterfall cascade into their habitat to ensure they can get access to it on a regular basis.

There is still debate over whether algae can be used instead of commercial foods and is better for biological filtration in aquariums and can act as an organic fertilizer if digesting nutrients from aquatic environments that can help with your garden. The nutrient levels of some can vary greatly depending on where you purchase your supply from but just adding small amounts can have little effect on turtle health, so it can be recommended that you experiment with different types in order to find one that works well without causing problems when consumed by turtles.

If you want to try out algae with your turtle then can get a supply of Spirulina from many pet stores but can also find them online if you need more than what is available locally.

Algae can be great to provide plant matter for your turtle and can help the environment by filtering out some pollutants for free so can be worth looking into further if you have concerns about water quality around your home, or just want something that is natural and safe enough for use with your tortoise. The main problem with using it as an alternative food source is that you cannot use it on its own or can cause deficiencies if your turtle is not getting any other nutrients that are important for their continued health.

While it can be a good supplement, you can still provide certain key nutrients by using commercial foods and can also provide better balanced meals which can help to avoid excess fat levels in your turtles blood stream. There have been some concerns over how well algae can be digested if fed in large enough quantities so it makes sense to use this alongside standard food rather than as the main source of food. You can find books written on algal nutrition for fish and there may be more information available on this subject that can give you advice on its use with aquatic turtles; although they still need some form of animal protein or plant matter in their diet.

You can try to encourage the turtle to eat by using food that is warmed up and can sprinkle a small amount onto their shell so can decide from there if it is worth adding into the diet as an alternative source of plant matter. You can also use algae wafers alongside regular food which can help to provide extra nutrition and can be a good way for turtles to get used to eating this supplement without any digestive pain caused by other ingredients. Once they are used to the taste then can start adding more in with your regular foods.

I have a big soft spot for turtles. I grew up near a pond that was full of snapping turtles. Now and then I’d see them crawling across our front yard, which was always exciting.

Now I write about turtles for this website as a fun side hobby. Glad you stopped by!

TurtleInformation.com does not provide veterinary advice. Any information on Turtle Information should not be used in place of proper medical care. Always consult a licensed veterinarian in case of emergency. Content is provided for entertainment purposes and may contain the occasional inaccuracy. Read more.